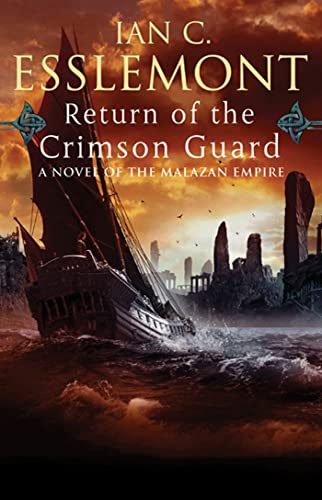 Return of the Crimson Guard

Nearly 100 years ago, the Crimson Guard vowed they would not die until they destroyed the Malazan Empire. In this riveting sequel to 2009’s , the time has come for that vow to be fulfilled. The empire has been stretched too far, too thin. Empress Laseen is boxed up in Unta, the imperial capital, while the conquered and the conquerors clash on the Seti Plains. At last the call comes for the Crimson Guard to re-form and add their undying forces to the melee. In a long, bloody, explosive-filled battle to end all battles, Esslemont handily outdoes series cocreator Steven Erikson, evoking the gore and grit of the battlefield while cannily expanding the labyrinthine Malazan world and untangling the wickedly intertwined stories just enough to keep readers from feeling lost.