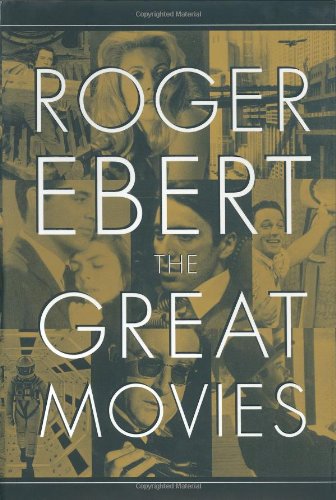 Critic Ebert presents here his own take on 10o of what he calls the "great" movies, illuminating not only why these films are classics but, more importantly, why viewers (himself included) respond to them as such. These short, smart, witty, critical essays first appeared in his biweekly syndicated column "The Great Movies." This collection includes the usual suspects—von Stroheim's , Eisenstein's —but also quirky surprises, such as Sirk's 1950s melodrama and Disney's . Ebert is great when fleshing out the cultural context in which a film opened—Richard Lester's 1964 was a total surprise to critics who expected just another rock 'n' roll movie but were electrified by Lester's freewheeling, dazzlingly edited work, which influenced all future British cinema—and carefully maps out historical and social contexts for all of the films. He addresses how Depression audiences related to 's Scarlett O'Hara as a self-determined woman in the tradition of Mae West and Louise Brooks, and points out how Spike Lee's revealed the racism of many white critics. He writes perceptively about how a great film such as Charles Laughton's only directorial effort, , escapes notice because it lacks the "proper trappings" of a clearly defined genre, or how Hitchcock's television work shaped his vision for . Perhaps the most telling, and charming, of Ebert's talents is his modesty and understanding of the egalitarian appeal of the movies, and his admission that his views, while more informed, are no more valid than the average moviegoers.