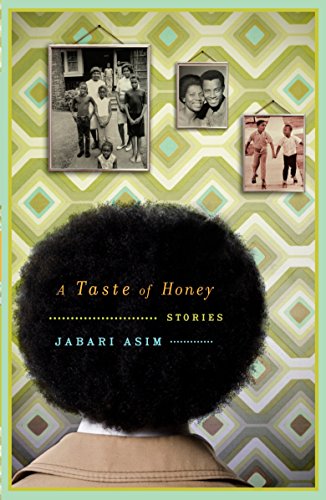 A Taste of Honey

In 16 related short stories, Asim ( ) illustrates the connections between African-American characters living in a Midwestern town in the tumultuous late ’60s. The focus is on the Jones family: young precious Crispus; ladies’ man Schomburg; budding radical and intellectual Ed; adoring and protective mother, Pristine, and warm, strong father, Reuben. In the opening narrative, “I’d Rather Go Blind,” Crispus describes his community as he sees it—grown men with colorful nicknames, his adolescent brothers changing before his eyes, and an emerging Black Nationalist fervor rising in his neighborhood. Crispus is particularly fond of Curly, a friendly, blind store owner who is killed by a corrupt white cop when Curly tries to protect Ed from a brutal beating. Moonshiner Octavius Givens and his best friend Leo Madison defend Leo’s mother after she’s assaulted by the white man whose family employs most of the blacks in town, and must fight to their deaths or run. Asim successfully delves into politics, domestic violence, racial identity, young love, and more in this humorous and poignant collection, although often the characters feel too rich for the format.