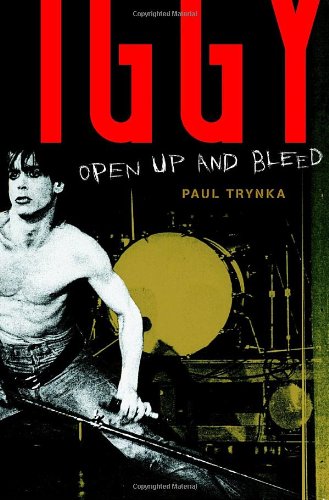 Iggy Pop: Open Up and Bleed

Turning 60 in April, "Godfather of Punk" Iggy Pop still displays the body and energy of a 20-year-old, and in this volume Trynka ( ) captures Iggy's debauchery in an obsessively detailed and compulsively readable biography that is as high-energy and entertaining as its subject. Trynka covers all phases of the "driven, talented, indomitable creature" born James Newell Osterberg Jr. in 1947, with special attention paid to how his band the Stooges roared out of Detroit in the late 1960s, then crashed in a "slow, painful" drug-addled disintegration in the early '70s. While he expertly details Iggy's many comebacks, especially those involving David Bowie, Trynka is most sympathetic to how the Stooges' "brutal, monotonous riffing" was the perfect musical support to Iggy's outrageous gender-bending performances, in which "the blood running down Iggy's chest would become a defining image in his career." Ending with a look at how the Stooges' 2004 reunion shows attracted both older fans and younger postpunks, Trynka shows how every aspect of Iggy's work has now become "an integral element of today's rock and alternative music."