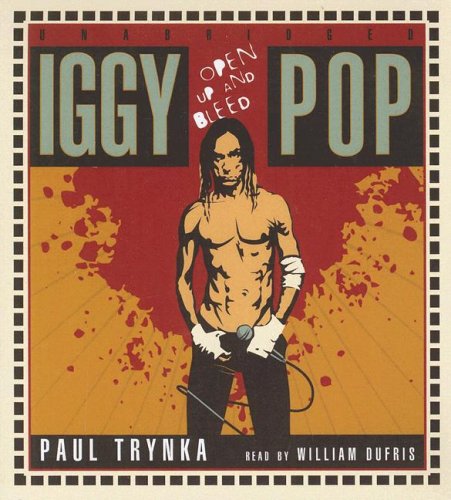 Iggy Pop: Open Up and Bleed

It’s funny to think of raw rock pioneer and ex-Stooge Iggy Pop—writer of immortal gems like “Search and Destroy” and “I Wanna Be Your Dog”—represented by this staid, polite audiobook. Nonetheless, the combination mostly works. After all, what audiobook reader would want to go head to head, energywise, with Iggy Pop? Dufris knows better than to even try, and puts Pop’s antics in starker light by studiously avoiding the kind of antics that defined his career. Dufris’s voice is invested with meticulousness, weighing each word carefully and swooping to a near-baritone halt at the close of each sentence. Dufris is the anti-Iggy, polite and modulated, and it is his counterexample that allows the light to shine more brightly on Pop himself. While some music would have been nice, in order to flesh out the context of Trynka’s biography, this production is solid enough on its own merits.