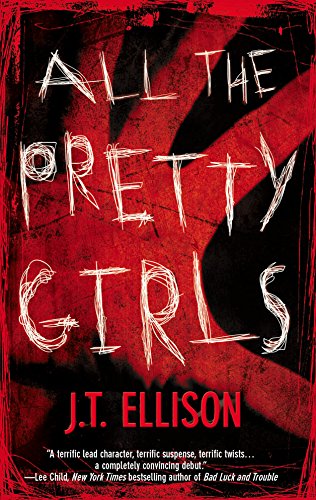 All the Pretty Girls

In this tame debut, the body of a young girl discovered by the side of a Nashville highway puts homicide detective Taylor Jackson and her lowdown boyfriend, FBI Agent John Baldwin, on the trail of the Southern Strangler, a playful, brutal killer who likes to carry his victims across state lines before murdering them and removing their hands. Before long, however, Taylor's reassigned to the suspicious death of a prominent TV personality, leaving John struggling to keep ahead of the Strangler's mounting body count. Meanwhile, Taylor is still recovering from a near-fatal neck injury earned in her last case and worrying over her own demons—not the least of which is John's threat to marry her. The real victim is Ellison's plot, strangled by slow pacing, egregious subplots (a serial rapist, a crooked officer, a pregnancy scare) and a clichéd cast of characters: the shady Southern belle, the veteran detective pushed over the edge, the evil genius who stays a step ahead of everyone—even the appealing Taylor strikes a numbingly familiar tough-yet-vulnerable pose. Though a climactic showdown injects some much-needed excitement, readers may have a hard time getting there.