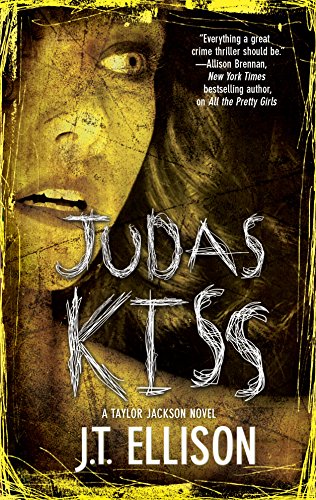 Carefully orchestrated plot twists and engrossing characters combine in Ellison’s explosive third Lt. Taylor Jackson investigation (after 2008’s ). Nashville homicide investigator Taylor is called to the scene of a disturbing murder: beautiful, pregnant Corrine Wolff, brutally beaten in front of her young daughter. Signs point to Corinne’s husband, Todd, but Taylor has her doubts. When she learns that the Wolffs were making and distributing amateur pornography, other investigators in her office turn up old X-rated footage of Taylor that could destroy her career and her engagement to FBI agent John Baldwin. Meanwhile, an old enemy of John’s has resurfaced and is intent on revenge. The story moves at breakneck speed, seamlessly flowing from Taylor’s world into John’s until they intersect for electrifying results. Flawed yet identifiable characters and genuinely terrifying villains populate this impressive and arresting thriller.