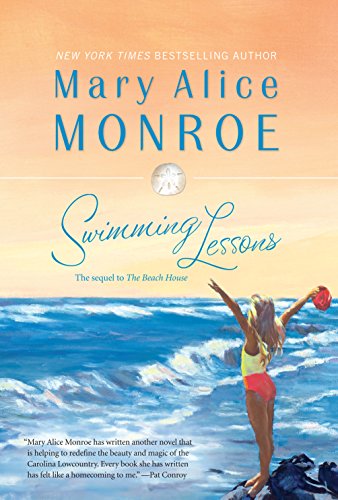 Sick sea turtles and a sharply drawn cast mark Monroe's hardcover debut, an inspirational tale of redemption and, naturally, the power of love. Single mom Toy Sooner has two loves: her daughter, Lovie, and sea turtles, so when sick sea turtles wash up near Charleston, S.C ., one summer and overwhelm the area's resources for turtle aid, Toy is tapped by the president of the aquarium where she works to land a grant for setting up a turtle hospital. This means long nights of work alongside fetching aquarium director Ethan Legare. Their evenings at Toy's home (where Ethan gets on splendidly with Lovie) stir Toy's dormant emotions. Meanwhile, Toy's friends wrestle with their own issues—aging, infertility, money problems, postdivorce blues. After Toy's grant is approved, she is put in charge of the turtle hospital and things are pretty swell—until Lovie's father, Darryl, suddenly reappears, intent on playing a role in Lovie's life. Toy is torn, and trouble is in the offing. A crisis hits very late in the book, giving the narrative a lopsided feel. Though billed as the sequel to (2002), the novel stands on its own and will likely widen Monroe's readership.