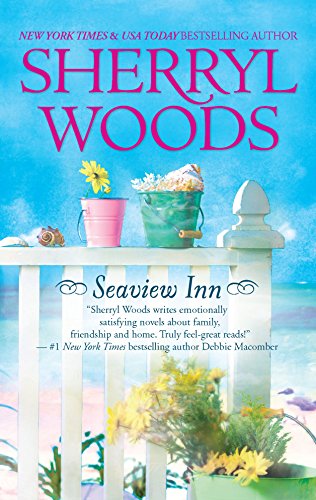 New York PR exec Hannah Mathews is in remission from the same disease that claimed her mother's life months before: breast cancer. She heads south in an attempt to persuade her 85-year-old grandma, Jenny, to sell the Seaview Inn, the Florida Keys resort owned by her family for decades, and move into a retirement home. Spry and headstrong, Grandma Jenny isn't ready to be put out to pasture, intending to spruce up the inn and reopen for business. Hannah's daughter, Kelsey, turns up pregnant; she plans to drop out of college, live at Seaview and put her baby up for adoption. Surgeon Luke Stevens, Hannah's high school crush, shows up shortly thereafter, fresh from a stint in war-torn Iraq and carrying his own set of emotional baggage. A seasoned romance novelist of more than 100 titles, Woods is a master heartstring puller, and her endearingly flawed characters deal with their plethora of problems in a predictable but satisfying manner.