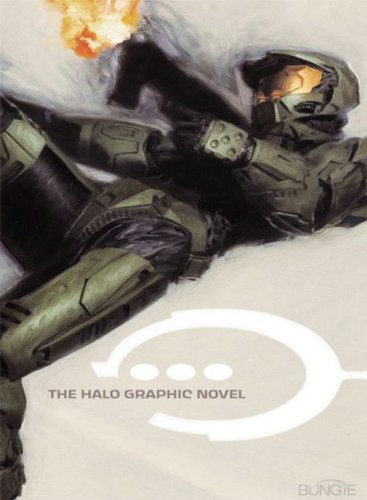 Based on the wildly popular videogame, this anthology collects four stories by different creators, all set in the Halo universe of the 26th century. The game's central story details a war between Earth's United Nations Space Command and the Covenant, a coalition of hostile alien races. At the center is Master Chief, a UNSC cyborg-marine who discovers the terrible secret of the Halo, a series of ringlike artificial planets. Hardcore Halo fans will love Lee Hammock's "The Last Voyage of the Infinite Succor," viscerally illustrated by Simon Bisley, detailing the Flood, a nasty parasitic race of monsters that threaten both the Covenant and the human race. For newcomers there's the legendary Moebius's "Second Sunrise over New Mombasa," in which he renders a beautiful, futuristic version of the Kenyan city—and deftly surveys the intersection of war propaganda and the media. The book's artwork is skillful and unusual (including a story by Tsutomu Nihei and a gallery by an all-star lineup of artists in the back) and the writing brings the Halo universe and its central tenets to life. But ultimately the reader will yearn for the depth of a real, book-length graphic novel—and maybe that's next to come.