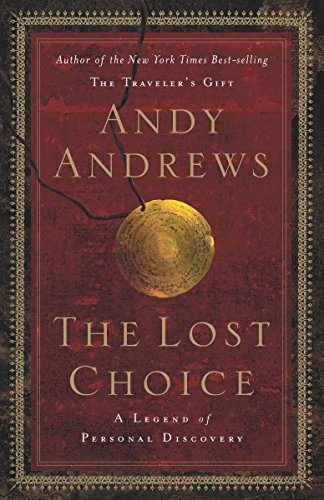 THE LOST CHOICE: A Legend of Personal Discovery

Bestselling author Andrews ( ) takes a cue from the success of his previous book, built around time travel, motivational ideas and historical figures, and continues in the same vein. When Mark and Dorry Chandler find an odd bronze object in a ditch in their Denver backyard, they begin to investigate its origin. Andrews develops the theme of the importance of making good choices, using the motif of four inscribed ancient bronze objects that together form a cup. Each fragment symbolizes choices that its historic owner made, influenced by the object. Using flashbacks, Andrews offers numerous short vignettes of the different historical figures who possessed each of the fragments, including Oskar Schindler, Alfred Vanderbilt, John Adams and George Washington Carver among others. The flashbacks are simply presented, and they often have the feel of fictional minibiographies for young readers rather than meaty adult fare. There's nothing particularly compelling about the storytelling—the mechanics of fiction are creaky in places—but that's not the point. Rather, the book stands on the positive message that one person by his or her decisions can change the world. As he did in , Andrews should appeal to those readers looking for an uncomplicated motivational read with a dollop of history thrown in for good measure.