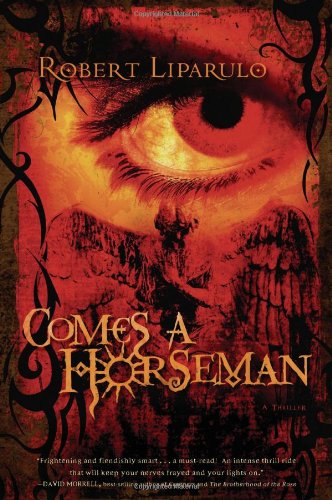 Toward the end of this debut novel, its heroine, FBI Special Agent Alicia Wagner, summarizes its plot to herself, characterizing it as "the stuff of bad movies." Indeed, with its myriad contrivances, gratuitous gore and tedious explanations of crime-scene investigation technology, this novel does feel like the screenplay for a formulaic suspense thriller. Complete with earnest, good-looking law enforcement agents, an even better-looking Antichrist candidate and gory murders committed on his behalf by a modern-day Viking, this novel travels territory familiar to fans of both contemporary crime thrillers and apocalyptic Christian fiction. However, there are strong points: Liparulo's prose style is smooth, and he, like many contemporary Christian novelists, avoids miscues of previous generations of Christian fiction. For example, while he engages in some gender stereotyping, his heroine is actually tougher than her male counterpart. And rather than making liberal Christians evil and conservative Christians good, this novel, much like Ted Dekker's best work, does not draw such simple distinctions. Rather, Liparulo weaves conservative Christian belief into the novel with subtlety and restraint. While these virtues do not entirely make up for the novel's tendency toward convolution and suspenselessness, Liparulo may well find a readership among existing fans of Christian thrillers.