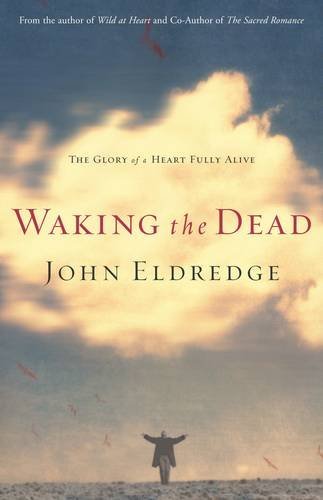 WAKING THE DEAD: The Glory of a Heart Fully Alive

Eldredge, who helped to redefine the Christian men's movement with , broadens his scope to offer this more general spirituality title on being "fully alive." Such a state of total animation is achieved only when Christians can integrate all four "streams" of their lives: discipleship, counseling, healing and warfare. (This last part may surprise some readers, but Eldredge insists that awareness of spiritual warfare actually "may be the most critical" aspect of being fully alive.) Throughout, he argues that there is glory hidden in each Christian's heart, an echo of how Christ has "ransomed and restored" every person. The goal, then, is to capture and maintain a sense of liberation from that restoration. Eldredge fans will find that he has not departed much from the formula that made so successful; he culls examples from popular culture () and tells vivid stories from his own experience. Despite the careful formula, the book rarely feels formulaic; it has an unguarded heart and an opinionated lucidity that may surprise readers. Eldredge is honest about the fact that life can be arduous, confusing and filled with despair, but he also affirms a deep Christian hope. Established Eldredge fans will be pleased with this new offering, and it will gather some new readers, especially women.