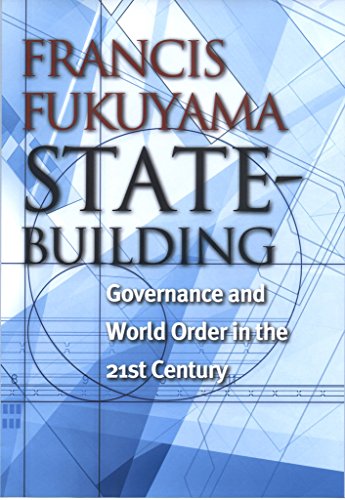 STATE BUILDING: Governance and World Order in the 21st Century

This slim volume, derived from lectures Fukuyama presented at Cornell in 2003, picks up one of the loose threads from his decade-old . He asserts that the lack of "organizational tradition" in "failed or weak" nations such as Afghanistan and Haiti represents the greatest threat to an orderly world. He argues that the United States, and the West in general, after rightly intervening in such states either militarily or economically (most often through the IMF or World Bank), have failed to transfer institutional and public- and private-sector know-how to needy countries. The goal is to "create self-sustaining state institutions that can survive the withdrawal of outside intervention," though Fukuyama acknowledges that the developed world has failed, setting people up for "large disappointments." The author quickly surveys other recent theories—Sen, Kagan, Huntington—and concludes that the answer lies in providing states with internal organizational structure and, above all, with a culture that enables strong leaders and government institutions to enforce capitalist and free-market values. Since he sees the "international community" represented by the United Nations as a myth because it lacks a military, the mantle of leadership must be worn by the U.S., at great risk to itself. While Fukuyama's ideas will no doubt be much discussed, parts of this book are too technical to appeal to a broad readership.