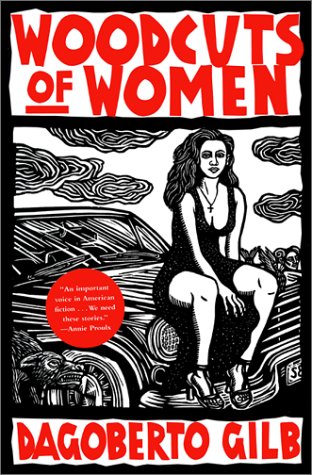 Mexican-American men and women in pursuit of sex and spiritual sustenance inhabit the 10 stories featured in Gilb's second collection, set mostly in El Paso, Tex. Lucky in love but unwilling to settle down, the male protagonists are possessed of a collective roving eye and seek out the prototypical mysterious female strangerDin department stores, on the street, in airport lounges. Whether consumed by their surroundingsDlike R. Fernandez, in ""Hueco,"" who lives in an entirely blue apartmentDor by passion, they are often left drained and despondent by their adventures. In ""Shout,"" a brief but intense account of domestic disquietude, a beer-guzzling husband, home after a long day's work, vents his rage. ""The Pillows"" tells of itinerant George, who crashes at a high school buddy's apartment only to be overwhelmed by the pathos evident in his friend's grimy linens. Another drifter, Willie, ends up house-sitting for a gringa, Irene, in ""About Tere Who Was in Palomas."" Obsessed with thoughts of his ex-girlfriend, he ignores Irene's advances. In the best stories, the conflicts sparked are left hauntingly unresolved; in others, the lack of resolution seems rote and empty. As the book's title suggests, outlines or crude impressions of women are often all the men are capable of seeing in these elliptical tales. Gilb's fluent, colloquial prose, with its frequent detours into Spanglish, keeps his fictions fresh, as does his honest reckoning with life in the grittier suburbs of the Southwest. Though he is still working out some kinks, GilbDauthor of the PEN/Hemingway Award-winning story collection The Magic of Blood, a novel and a number of widely anthologized essaysDis a writer to watch. Agent, Kim Witherspoon. (Jan.)
close
Details