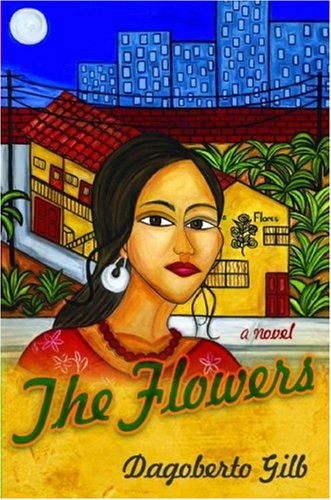 Gilb's new novel is hilarious and thought provoking as it traces the bigotry and alienation among the wildly varied cast of characters living in and around the Los Flores apartment building in an unnamed city that may remind some readers of Los Angeles. When narrator Sonny Bravo's mother, Silvia, marries Cloyd Longpre, the tightfisted landlord of Los Flores, Sonny is thrust into a racially charged environment on the brink of exploding. Sonny is an isolated teen whose only friends are the tragically dorky duo, Mike and Joe, from his new high school. He finds comfort in the menial chores Cloyd assigns him, as they give him a chance to escape the stifling apartment and to interact with the other residents, including Mr. Pinkston (known as “Pink”), an African-American albino who sells vintage cars to black customers in front of the building; Cindy, a broke and married teenage dropout looking for some fun; and Nica, a teen who is locked inside her apartment all day taking care of her brother. Racial tension boils over in the world outside Los Flores as Sonny navigates Cindy's advances and falls for Nica. Gilb ( ; ) offers sharp commentary via his quick-witted narrator, and the reader feels Sonny's disaffection as his world dissolves into chaos.