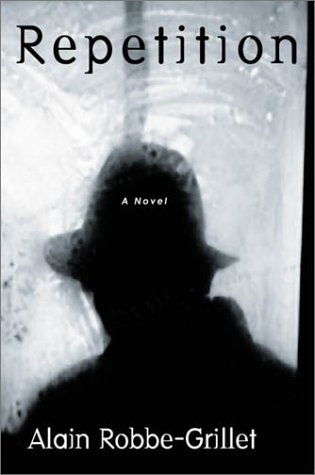 A spy novel about a French agent in 1949 Berlin becomes an oedipal journey into the agent's past and an adventure in unreliable narration in this work by nouveau pioneer Robbe-Grillet, his first in 20 years. Henri Robin (or so his passport identifies him) is a spy crossing Europe on a train, pondering a mission that has yet to be revealed to him. As he enters the ravaged city, Robin is haunted by flashbacks, even though, ostensibly, he has never been to Berlin before. His assignment, he learns, is to watch a murder that's supposed to take place in an outdoor plaza. Robin observes closely, but when he goes to recount the details, his story is confused and contradictory, and Robin finds himself in the heart of the murder investigation. As the nebulous case plays out, Robin comes to live with the murder victim's wife and adolescent daughter, Gigi, the latter representing a pivotal link to Robin's family history as well as the espionage machinations. Robbe-Grillet shifts back and forth between the criminal investigation, the espionage plot and the playful Freudian analysis of Robin's childhood and subconscious. Extensive footnotes introduce the possibility that Robin may in fact be a lunatic. Newcomers braced for surreal narrative lurches will find this an entertaining introduction to Robbe-Grillet's work. As the title coyly suggests, his admirers will find much of this territory familiar, but that only adds another layer of irony to Robbe-Grillet's witty allusions.