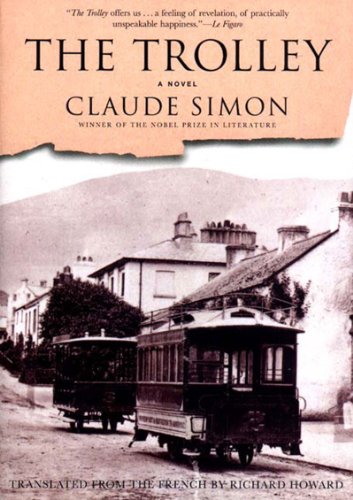 Reaching gracefully into the past, the 88-year-old Simon uses the trolley he rode during his childhood as a means to combine memories from his youth with observations stemming from his current status as a Nobel Prize winner and a cultural icon in his native France. Forgoing the normal restrictions of plot, Simon makes his way from one memory to the next, connecting images and characters with sweeping, elegiac prose as he recalls his mother and various relatives, some of the schoolboys who rode the trolley with him and other fellow passengers. He also explores the history of the trolley in a series of elegant descriptions, using brief episodes from the vehicle's history to augment his personal experiences. Simon's thoughts on the restrictions of aging as well as some wartime memories begin to creep in as the book progresses, and the author's command remains so formidable that he surrounds many of his subjects and themes rather than coming at them head on. This book, beautifully translated by Pulitzer Prize–winning poet Richard Howard (who has also translated seven of Simon's previous novels), finds the author working from a palette of words, images and memories to create a unique, vivid world echoing the works of Proust. Simon, a former cavalryman in the Spanish Civil War who also fought in the Resistance and WWII, has built an estimable body of work during his luminous career, and the literary gifts that led to his success remain on display in this well-crafted, insightful novel.