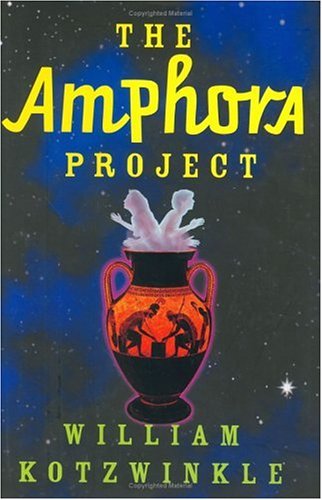 Kotzwinkle's first adult novel since (1996) is a rollicking old-school space opera complete with sensitive robots, wily space aliens and secretive societies in turmoil. In a lab hidden inside the notorious Junk Moon, scientists on the Amphora Project strive to find the key to immortality from encoded data left behind long ago by the mysterious "Ancient Aliens." Stuart Landsmann, the project's chief scientist, tells Amphora's backers they must stop the research or risk bringing about the end of the world, but his warnings are ignored. Jockey Oldcastle, space pirate and rogue, teams up with mild-mannered biologist Adrian Link to uncover the truth about Amphora, as people around the project start dying, their bodies transformed to crystal. The story twists along at breakneck pace through a future of absurd decadence and immense possibility. Along the way, Kotzwinkle fans will find sharply resonant moments as well as pointed humor and insight into human nature at its worst and best. .