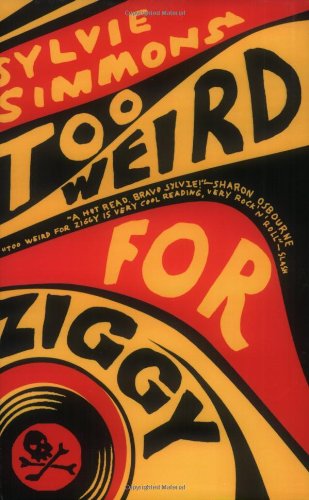 TOO WEIRD FOR ZIGGY

British music journalist Simmons has taken the years she spent interviewing rock's most outrageous personalities and compressed them into this lurid, engrossing collection of stories, gracefully linked like the incestuous world of rock itself. Alternating between first person and omniscient narration, she chronicles the transcendent weirdness of the music world. In one creepy story, "Pussy," a Blondie-esque pop goddess, disappears; years later, she's found in an East Village tenement surrounded by cabinets and sandwich bags stuffed with her own fingernails and excrement. The devastating effects of fame on personal identity are on display in almost every tale, from "Spitting Image," in which a megalomaniac rock star is ravaged by the kidnapping of his life-size look-alike puppet, to "Autograph," about an insolent rocker whose ex-girlfriend gives him a permanent comeuppance. The stories are at their best when Simmons depicts a scenario that doesn't read like a tabloid dream. In "I Kissed Willie Nelson's Nipple," a tough-living country star delivers a soliloquy so rich with hard-won wisdom that it trumps the too bizarre "Allergic to Kansas," in which a sexed-up lead singer mysteriously grows breasts. On these pages, fictional rock stars mingle with real ones, reminding readers, as with those ubiquitous Elvis sightings, that true rockers never die. They're just preparing for a comeback.