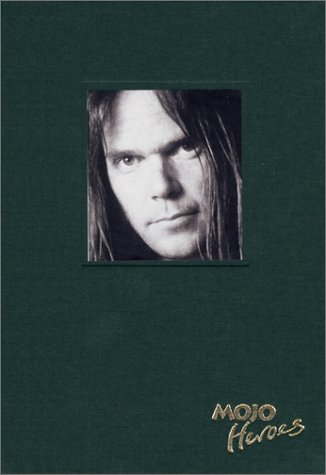 Neil Young is an odd rock star. Never a big sex-and-drugs guy, he overdid the music part of the equation, making more than 35 records in as many years. So it's fitting that this volume—the first in the new Mojo Heroes series of short music-legend bios—should dedicate most of its space to Young's work. Simmons () condenses her own reportage, along with a wealth of secondary sources, into a breezy and succinct narrative. She demonstrates that Young's career has been shaped mostly by his utter capriciousness. For example, immediately after making a hit record with Crazy Horse in 1969, he dumped the band for Crosby, Stills and Nash; when CSN&Y's new album became a smash, he went solo. Likewise, Young followed up his critically acclaimed rock and acoustic albums of the late 1970s with a handful of baffling synth-rock, rockabilly and electro-pop albums in the early '80s. (Even his own record company sued him in 1983 for making records that were "musically uncharacteristic" of earlier recordings.) This isn't the comprehensive Neil Young biography his fans may be awaiting, but it provides a selective tour of his varied and wildly diverse oeuvre.