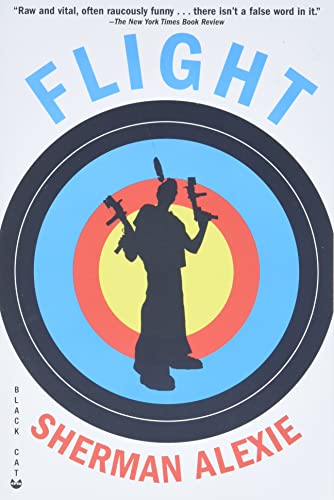 A deadpan "Call Me Zits" opens the first novel in 10 years from Alexie ( , etc.), narrated by a self-described "time-traveling mass murderer" whose name and deeds unravel as this captivating bildungsroman progresses. Half-Indian, half-Irish, acne-beset Zits is 15: he never knew his alcoholic father; his mother died when he was six; his aunt kicked him out when he was 10 (after he set her sleeping boyfriend on fire because the boyfriend had been forcing Zits to have sex). Running away from his 20th foster home, Zits ends up, briefly, in jail; soon after, he enters a bank, shoots several people and is shot dead himself. Zits then commences time-traveling via the bodies of others, finding himself variously lodged in an FBI agent in the '70s (helping to assassinate radical Indian activists); a mute Indian boy at the Battle of Little Big Horn; an Indian tracker named Gus; an airplane pilot instructor (one of whose pupils commits a terrorist act); and his own father. Zits eventually comes back to himself and to an unexpected redemption. While the plot is wisp-thin, one quickly surrenders to Zits's voice, which elegantly mixes free-floating young adult cynicism with a charged, idiosyncratic view of American history. Alexie plunges the book into bracing depths.