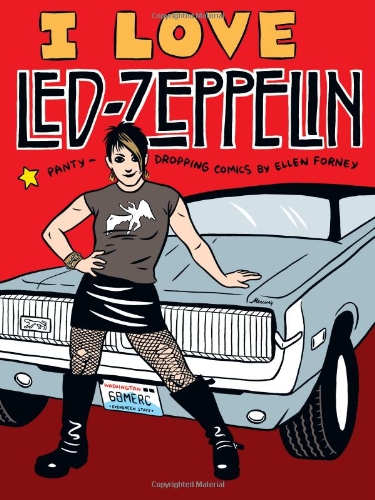 Following up her Harvey and Eisner-nominated collection with this impressive collection, Forney captures in a few bold, clear strokes of her pen essential parts of her life and those of the people around her. Though these comics have no overarching theme, they fit together seamlessly to form a portrait of some of the joys of alternative lifestyles. The first section is a collection of "how-to" comics, on everything from folding Old Glory at a military funeral to smoking pot without serving time. The how-tos are both humorous and oddly informative, as in diagrams of how to sew on an amputated finger. Forney follows these eclectic but engrossing pages with longer comics, many drawing on interviews. She collaborates with a few well-known names (Margaret Cho, Dan Savage), but Forney's exuberance always acts as a filter to bring the emotion into sharp relief. Some of the most memorable comics are simple exercises in line and form, like "Trapeze," a wordless but graceful view of a woman on a trapeze, armpit hair and all. shows Forney's versatility in narrative and artistic style, but more than anything else shows her natural talent as a storyteller.