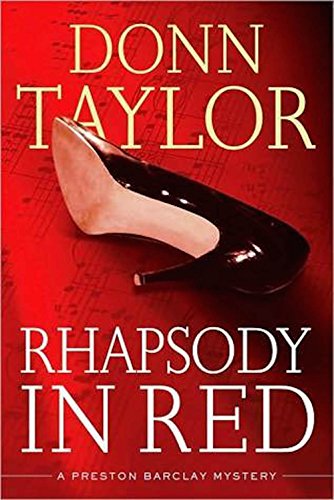 Two professors accused of murder on a Christian college campus must find the killer in a whodunit that plays to the beat of a unique soundtrack. The main character and narrator, Preston Barclay, suffers with “musical hallucinations” that started when his wife died and “music passed from Faith's soul into mine.” Repeated references to specific music he's hearing from his “internal musicians” distracts in this second novel from a war veteran with a Ph.D. in English literature. Barclay's female colleague is Wiccan, hired as part of the university's new policy of inclusion. Her “blue gaze” burns Preston, but their budding friendship intrigues. Suspended by the administration and suspected by police of killing a fellow professor, evidence mounts against the pair, even as they conduct a risky investigation of their own. While the style is usually witty and sensitive, puns and dialogue are overexplained, and prose tends toward the pedagogical. However, the ending has an unpredictable and satisfying twist, and both characters' journey toward faith will resonate with Christian readers.