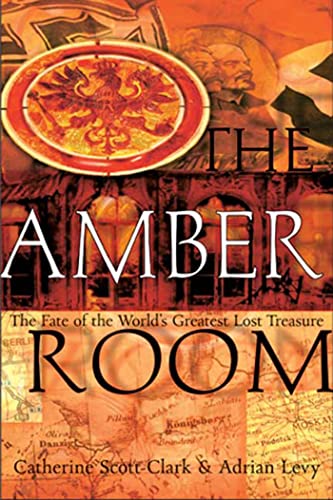 THE AMBER ROOM: The Fate of the World's Greatest Lost Treasure

In 1717, Prussian emperor Frederick I presented Peter the Great with a remarkable treasure: enough wall-sized panels covered with meticulously carved amber to decorate an entire room. Eventually installed in a palace near St. Petersburg, the Amber Room was stolen by the Nazis during the 1941 siege of Leningrad and hidden in Königsberg (now Kaliningrad)—after which little is certain. Levy and Scott-Clark ( ) devote as much space to their efforts to sift through the sparse evidence as to their reconstructions, and though the story line is a bit muddled early on, when they also try to squeeze in the room's history, they eventually find a comfortable balance. Digging through files from former Soviet museums and the East German secret police, they retrace previous investigations and slowly realize just how valuable the missing room was to the Soviets as Cold War propaganda. Even after the collapse of communism, its potential recovery continues to stoke the flames of Russians' memories of the Great Patriotic War, and the probe raises important (though unfortunately unanswered) questions about the Red Army's activities as the war wound down in Europe. The pair of investigative journalists never quite manages to distract readers from the inevitable failure of their search, so the probable fate of the room, when finally broached, may strike some as anticlimactic. However, the authors do offer an intriguing peek at the inner workings of Soviet bloc espionage—along with a detour into the avariciousness of some contemporary Russians. 50 b&w images, 3 maps.