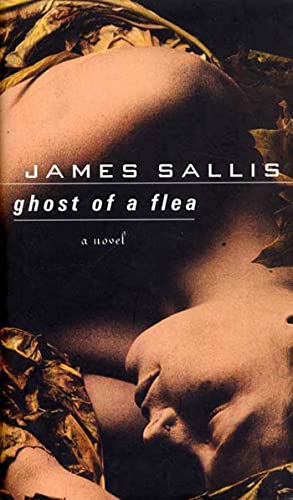 GHOST OF A FLEA: A Lew Griffin Novel

The enigmatic saga of the likable New Orleans private eye Lew Griffin draws to a satisfyingly convoluted closure in this sixth and final installment. Evoking a stark metaphysical landscape where time hovers on the verge of midnight and the sky is pregnant with rain, Sallis (; ; etc.) explores similar concerns over identity and the role of the detective as those found in Paul Auster's . In what is sure to become an equally classic set of novels, he keeps it closer to the everyday with the very human exploits of Griffin and a detailed use of the streets and characters of the Delta City. But Sallis pushes the poetry of noir further than Auster and most other practitioners with such images as "another of society's makeshift facsimiles of dreams, rags and tatters of movies, media, popular literature, this new mythology, that my homeless soul had taken for its own and worn into the street." As Griffin faces his own mortality, his son is once again missing, and a cop friend is shot during a robbery; but these crime elements seem merely ornamental—the big action sequence actually centers on pigeon-killers. Readers who enjoy more average PI novels may find Sallis's highly allusive style a bit much, but fans of particularly sophisticated writing will love the experience of being drawn deeper and deeper into circles of narrative complexity.