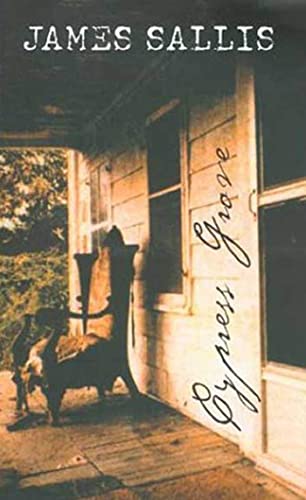 Turner, a homicide cop from Memphis, has retired to a cabin outside a small town in the South, but crime comes knocking in this tightly written, low-key thriller. The rural sheriff, Lonnie Bates, introduces himself over a bottle of Wild Turkey and asks for assistance in a murder case that clearly is out of his league. A drifter has been found wired up on latticework, arms ritualistically crossed above his head, a long stake driven through his heart. As he joins in the investigation, Turner meets and likes more and more of the locals, remembering how he came to this place after an on-job shooting and follow-up stint in prison. Alternating chapters build his backstory, with brilliant, disturbing vignettes of police work and scenes of surviving as an ex-cop behind bars that stand with the best in the genre. The prose, unlike other more poetic writing from the versatile Sallis, is easily accessible: "We came in from the north, onto deserted streets. Pop. 1280, a sign said. Passed Jay's Dinner with its scatter of cars and trucks outside, drugstore and hardware store gone dark, A&P, Dollar Store, Baptist church, Gulf station." With his highly regarded six-novel series about New Orleans detective Lew Griffin (, etc.) behind him, Sallis seems completely comfortable in this solid, lyrical and very human-scale mystery. Fans who appreciate his more quirky touches won't be disappointed, as he brings in an unexpected cult cinema angle. This one may well draw a larger readership to his work.