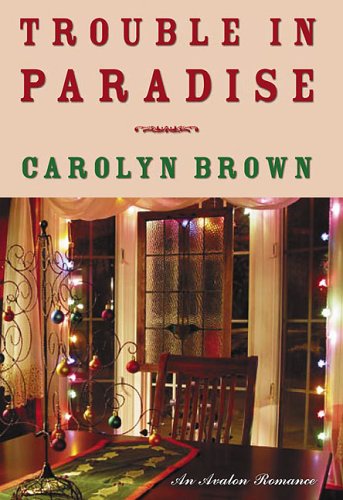 A head cheerleader and a star quarterback find love two decades after high school in Brown's latest romantic confection. Successful romance novelist Mary Jane Marsh Simmons, the divorced mother of seven daughters under age 14, has just bought Paradise, a grand fixer-upper—formerly a brothel—in her hometown of Nacona, Tex., and asked former classmate Joe Clay Carter to be her live-in, six-day-a-week handyman. They exchange some flirty barbs—Joe's loved Mary since high school; Mary finds Joe cute but cocky—and the deal is done. Soon Joe, who ostensibly hates kids, is living amid minor bedlam at Paradise. The girls love him immediately and plot cleverly to bring Mary and Joe together. But Mary's a spitfire and Joe's reluctant: though "he would have given his stocks and bonds portfolio to kiss her awake and bare his soul to her," he doesn't. And while Mary's stomach churns every time Joe looks at her, she can't trust him because her last husband was such a creep. It's obvious that they're perfect for each other, but maybe all that good food Mary cooks in between tossing off bestsellers like grocery lists has dulled their wits. It's happily ever after in under 200 pages, but despite the fun, that still feels a bit too long.