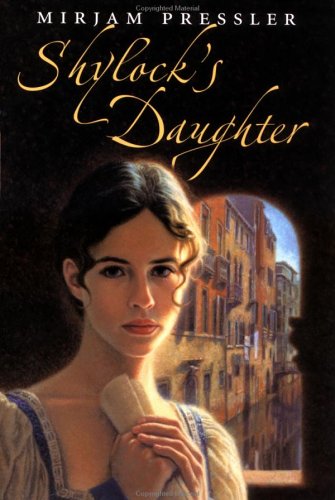 Pressler (; ) wrestles with one of Shakespeare's more problematic plays in a slow-moving novel more impressive for its ambition than for what it achieves. In restaging many of the events in , the author adds characters, invents back stories and posits new denouements, changes that explore the individual protagonists' conflicted motives and, less successfully, place into context Shylock's infamous desire for a pound of Antonio's flesh. Pressler thoroughly investigates the anti-Semitism of 16th-century Venice and its effects on Shylock and his family. Shylock has almost no other way to make a living except by lending money, given the restrictions on Jews' occupations; his spoiled daughter, Jessica, confined to the Ghetto, envies the Christian girls their rights to wear jewels and fine clothing; and Antonio himself has forced Shylock to participate in a humiliating "Jew Race" (the hapless participants, usually overweight men, had to run half-naked before jeering Christians). Here it is Bassanio who, referring to common practices among Christians, suggests the strange terms of the loan and Antonio who insists on them. But despite the detailed historical background and the fresh examination of the characters, the story doesn't surmount the obstacles set by Shakespeare—Jessica's wholesale betrayal of her father and Shylock's murderous insistence on Antonio's flesh represent such extremes as to rupture Pressler's attempt at a sympathetic narrative. Ages 12-up.