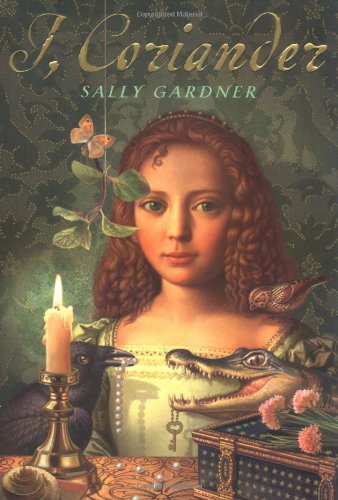 First-time British novelist Gardner coats England's turbulent Commonwealth era with a layer of magic in this stunning tale, narrated by Coriander Hobie. Coriander, a resident of 17th-century London, enjoys a trouble-free, comfortable childhood until her beautiful mother, a well-known healer, dies unexpectedly. The author evokes an aura of mystery and enchantment from the very first chapter, as the heroine begins her life story by introducing the artifacts she holds dear. "On the table next to me is the silk purse that holds my mother's pearls and beside it is the ebony box whose treasure I am only now beginning to understand." She proceeds in seven installments to explain her acquisition of these objects, the secrets they hold and her journey into a fairy world, where she learns startling information about her heritage. Readers will recognize many elements of classic fairy tales here. There is an evil witch, an evil stepmother, good fairies, a handsome prince and magic slippers, all set against the stark backdrop of the beheading of King Charles I, his son's flight from England and Oliver Cromwell's rise to power. Gardner particularizes the impact of these events when Coriander's father, a Royalist, feels pressured to marry "a good Puritan woman" in order to hold onto his property. (But good she is not.) Seamlessly meshing fact and fantasy, the author composes a suspenseful masterpiece that will have audience members gladly suspending their disbelief. Ages 10-up.