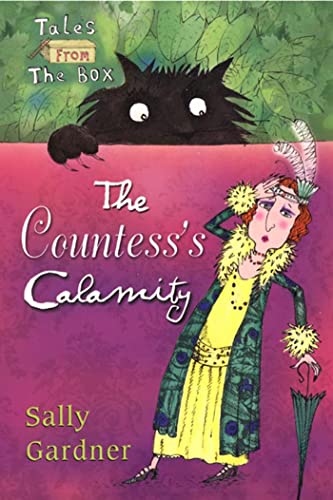 "This is a story of five little dolls who were left in a box, under a chair, in a park. Why they were left there, I haven't a clue," begins Gardner's () wry and winsome Tales from the Box series. The rather formal yet welcoming tone of the omniscient narrator echoes in the voices of Mr. and Mrs. Mouse, who discover the box blocking their front door ("Shall I see what's inside, my little ribbly rodent?" Mr. Mouse asks his bride). Meanwhile, the quintet of dolls speculate on their whereabouts. Quilt, the sailor doll, thinks they are in an attic. Ting Tang, a smiling cloth doll in formal Chinese attire, believes they are wrapped as a birthday present, and the Countess—from "the Land of Lounge" who owns a "red-plush chair" and silver tea service, and sports a fur-collared coat—is quick to agree: "Why didn't I think of that? We are the birthday present." While the others accept the generous hospitality of Mr. and Mrs. Mouse, the Countess insists on remaining in the box, which a child throws in a rubbish bin. Gardner drolly relays the haughty doll's just deserts, which include calamitous encounters with the nasty park keeper and his equally unpleasant cat. When a kind puppet from a nearby theater brings the mangled Countess to the puppet maker, she gains something she has lacked: a heart. Gardner's cheerful art, composed of black-and-white photos and halftone drawings, adds further whimsy to this diverting and clever fantasy, sure to attract a following. Ages 6-10.