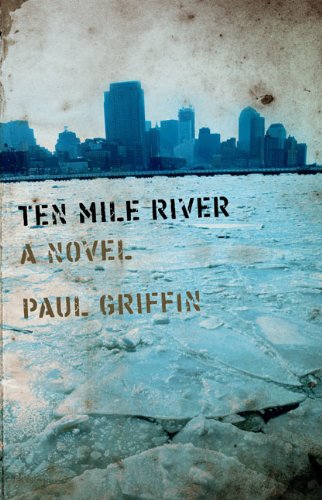 Griffin makes a striking debut with this gritty, dialogue-heavy novel about two homeless boys. Ray and José, 14 and 15, have survived foster care and juvenile detention together, and now hide out from their parole officers in a burned-out stationhouse in New York City's Ten Mile River park. They make their way by stealing, working occasionally, and trying to stay under police radar. Ray is bigger and smarter (he reads anything he can, and especially likes physics), but José, “a proven matador,” is boss. They are “friends to the end”—until Ray meets and falls for the beautiful Trini, who encourages both boys to go straight, like her. But Ray's view of himself and his understanding of loyalty also leads him to set up Trini with José. As Griffin illuminates Ray's often dangerous world, readers will feel for themselves Ray's dilemma and the difficulties he faces in choosing between José, drawn to the fast buck, and his own desires to make something of himself. The language is tough but convincing, the setting authentic, the characters memorable and their struggles played out with a complexity that respects the audience's intelligence. Ages 12–up.