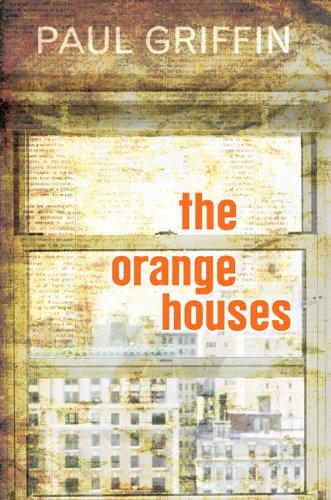 This hard-hitting and lyrical novel opens with the apparent hanging of Jimmi Sixes, a disturbed 18-year-old veteran and street poet/junkie, back in the Bronx after his discharge from the army; the story then retraces the preceding month’s events. Stubborn 15-year-old Tamika (aka Mik), who lives in the projects called the Orange Houses, is hearing-impaired but often prefers to turn off her hearing aids and text message rather than speak. Jimmi introduces her to Fatima, an illegal refugee who has just arrived from Africa (“Her pinky and ring finger were gone. If she held up the hand, say to block a machete blade, the angle of the slash through her palm would match that of the slash crossing her cheek”), and a friendship blossoms. Fatima and Jimmi try to protect Mik from a box-cutter-wielding girl and her posse, but Jimmi ends up caught by a vigilante group. Griffin’s ( ) prose is gorgeous and resonant, and he packs the slim novel with defeats, triumphs, rare moments of beauty and a cast of credible, skillfully drawn characters. A moving story of friendship and hope under harsh conditions. Ages 14–up.