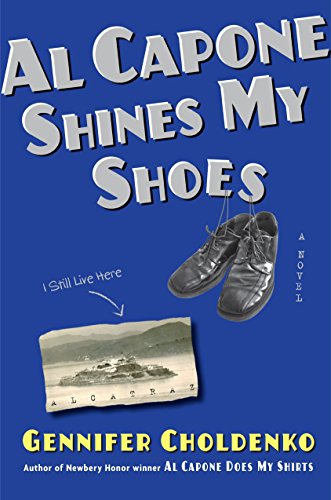 Choldenko's follow-up to her Newbery Honor novel picks up where the first volume ended. It's August 1935 and 12-year-old narrator Moose Flanagan's autistic sister, Natalie, is headed to a boarding school for special needs children, promising an easier life for him and his parents (“We've been three people and an octopus all of my life, and now the octopus is gone”). But since Natalie's enrollment was secretly engineered by the prison's most notorious inmate, it's an ominous development when Moose finds a note in his laundry that reads “Your turn,” written in Capone's script. It takes another 100 pages for the tension to ratchet up, but fans of the first book will enjoy getting reacquainted; Piper, the warden's manipulative daughter, and Darby Trixle, a noxious guard, provide lots of conflict for good-natured Moose. The hourly count bell, carping gulls and rumble of the fog horn form a soundtrack that Moose calls “the ticking of our own island clock.” Ages 10–up.