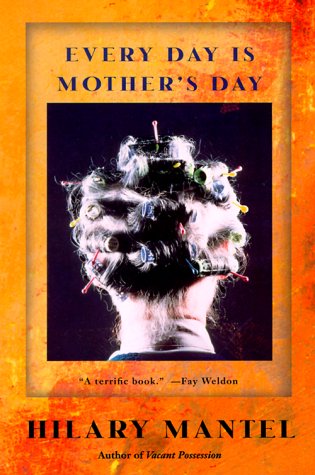 Every Day is Mother's Day

American readers know English writer Mantel as the author of The Giant, O'Brien, A Place of Greater Safety and other critically hailed novels. This work, a twisted romp through the lives of long-time widow Evelyn Axon and her mentally handicapped middle-aged daughter, Muriel, was her debut novel, originally published in the U.K. in 1985. The peculiar dynamics of the mother-daughter relationship, and the complications arising from assorted meddlers, offset the disarmingly chipper narrative tone and well-appointed language. Evelyn lives with Muriel in a once respectable but now dilapidated house in a tony neighborhood, and she doesn't take kindly to social workers' insistent, condescending interest in her daughter. While Evelyn and a revolving door of social workers--including young and inexperienced Isabel Field--believe Muriel to be severely impaired, she's actually crafty and manipulative, like her mother. Much of the novel's dark humor lies in Muriel's outrageous thought processes, for while she cannot function ""normally,"" her mind is far from simple. Evelyn, who practices the art of the s ance, is also thrilling to watch as she defends herself against her daughter and the various spirits who taunt her with mysterious household mishaps. When elderly Mrs. Sidney visits Evelyn, hoping to make contact with the late Mr. Sidney, a series of coincidental events convinces Evelyn that Mrs. Sidney's daughter, Florence, is responsible for the social workers' increasing surveillance. Other complications occur through Florence's married brother, Colin, whose contemplated affair with a young woman in his evening writing class involves him in the Axon family circus. Mantel proves that even early on she was an excellent prose stylist and storyteller, expert at threading quirky characterization with black humor and a somewhat macabre imagination. (Mar.)
close
Details