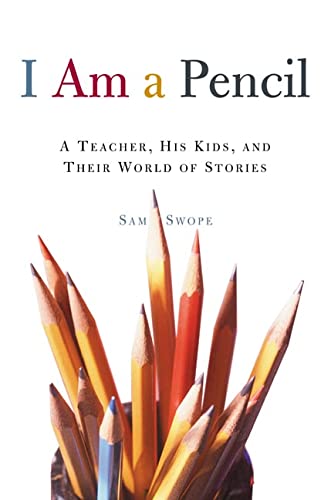 I AM A PENCIL: A Teacher, His Kids, and Their World of Stories

Children's book writer Swope ( , etc.) was in a slump. And what better way to liven things up than by accepting an offer to teach a 10-day writing workshop to a class of third-graders in Queens, New York City, a prime destination for immigrants to the U.S. and one of the world's most ethnically diverse areas? Swope became so intrigued by the children, he devoted himself for the next three years to teaching them, unpaid. This delightful, sometimes heartbreaking work relates how, as Swope taught, his writing lessons extended into story-writing collaborations with his students, lessons in how to draw a tree and assignments to play in the snow and write about it. Swope's affection for the kids involved him deeply in their lives, which were often ridden with familial stress. His teaching (and writing) approach is seriously playful; he bestows on his students the power of words (as when Miguel, infuriated by his home life, uses the word "stalwart" to keep himself from giving up during troubled times). Swope shows how children flourish when their imaginations are nurtured and they are challenged to find inner discipline and write what they see as truth. He also reveals the painful seesaw of hope and limitations in their lives.