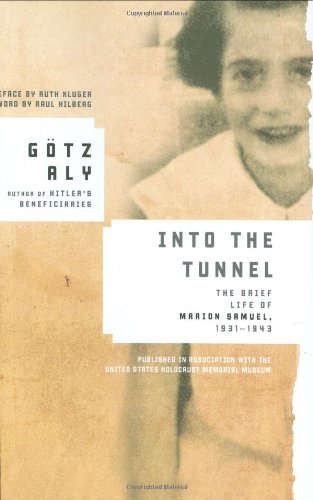 Aly ( ) ingeniously reconstructs the life and death of a German-Jewish girl in this impressive piece of detective work. After being awarded the Marion Samuel Prize (established by the German Remembrance Foundation to commemorate the million Jewish children murdered during the Holocaust), Aly decided to learn as much as he could about Samuel and her family. With the help of ads and a speech, both published in German newspapers, he got in touch with individuals who knew the family, was able to find a few surviving relatives and pieced together a narrative from these scant sources. Soon after the family's business was ransacked in 1935, Samuel and her parents left their small town and moved to Berlin, where they lived until they were sent to Auschwitz. Illustrating civilian complicity in their fate, Aly notes a letter from the Samuels' former landlord, asking the authorities for rent that went unpaid after the Samuels were deported. Aly's account puts a face on the tragedy of the Holocaust.