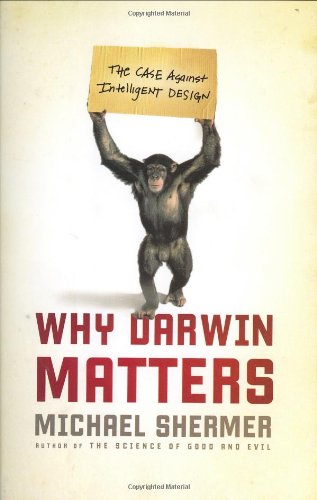 Why Darwin Matters: The Case Against Intelligent Design

Shermer ( ), founding editor of the and columnist, thoughtfully explains why intelligent design is both bad science and poor religion, how a wealth of scientific data from varied fields support evolution, and why religion and science need not be in conflict. Science and religion are two distinct realms, he argues: the natural and supernatural, respectively, and he cites Pope John Paul II in support of their possible coexistence. Shermer takes the "ten most cogent" arguments for intelligent design and refutes each in turn. While on the mark, the arguments' brevity may hamper their usefulness to all but those well versed in the debate. Looking for converts, Shermer offers a short chapter entitled "Why Christians and Conservatives Should Accept Evolution" (i.e., it "provides a scientific foundation" for their core values). His overall message is best summarized when he writes, "Darwin matters because evolution matters. Evolution matters because science matters. Science matters because it is the preeminent story of our age, an epic saga about who we are, where we came from and where we are going." Although there's not much new here, Shermer's wit and passion will appeal to many but won't convince believers.