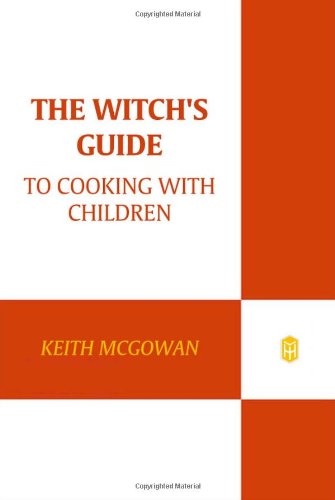 The Witch’s Guide to Cooking with Children

McGowan makes a strong debut with this contemporary recasting of Hansel and Gretel, starring 11-year-old Sol and eight-year-old Connie Blink. Based on the notion that today’s parents could be tempted to deliver their children into the hands of a cannibalistic witch, the story relies on Sol’s intelligence, scientific acuity and talent for research, as well as Connie’s subtle cunning, deviousness and confidence in Sol, to defeat their parents’ plot—and, eventually, the witch. A spine-chillingly humorous opening by the witch—“Derek was a great disappointment to his parents. He didn’t disappoint me, though... baked with secret ingredients, and served with my very yummy, homemade key lime pie”—alerts readers to the upcoming dangers; the later revelation (again, for readers only) that Mr. and Mrs. Blink are not who they seem adds further suspense. Tanaka’s sophisticated shaded-pencil drawings, presented in full-page bleeds and plentiful spot illustrations, create a disturbing, mysterious aura and enhance the sense of danger. Shades of Roald Dahl and Lemony Snicket hover over McGowan’s tale, but up-to-date touches such as cellphones and the Internet make it especially accessible and appealing for thrill-seeking readers. Ages 9–12.