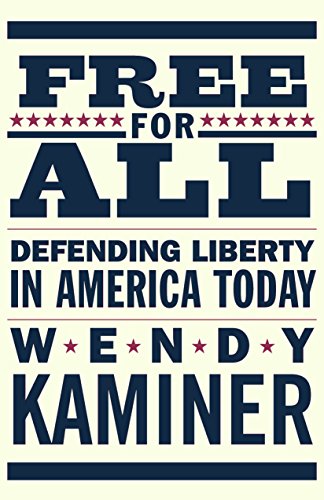 FREE FOR ALL: Defending Liberty in America Today

"Live Free or Die," New Hampshire's grammar-challenged state motto, sounds worthy enough on the surface. But defining and ensuring freedom are infinitely more difficult and crucial than stamping slogans on license plates, as social critic Kaminer (, etc.) argues in this insightful, incisive new collection of essays, most of which appeared in the . The Bush administration's reaction to September 11—ramping up domestic surveillance, covertly detaining a thousand-plus suspects, instituting military rather than civil trials, squeezing dissent—only continues what the author sees as a troubling trend of limiting liberty. A champion of First Amendment freedoms, Kaminer argues against restricting Internet communications, squelching pornography, threatening abortion providers under the guise of free speech and sacrificing defendants' rights in criminal trials in favor of the victims. She's for flag-burning as peaceful protest, instituting the Equal Rights Amendment and protecting abortion rights. A devout civil libertarian, Kaminer aims her crisp writing, clear thinking and deflating humor equally on all who would challenge liberties, from antipornography feminists to pro-surveillance attorneys general. She relishes exposing hypocrisy, such as the religion-based social engineering advocated by self-described antigovernment conservatives. Still, she unleashes her strongest barbs—and uncharacteristically relies more on insult than insight—in excoriating the right wing's anti-individualism. Despite Kaminer's argument that "civil libertarianism is a nonpartisan virtue," this will be an important book particularly for lefties who feel left behind in a nation in which conservatives are winning most of the battles.