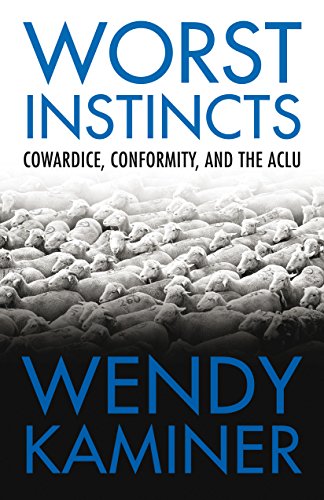 Kaminer ( ) weighs in on her disillusionment with the ACLU after serving on the national board in post-9/11 America. She contends that under the stewardship of Anthony Romero, who stepped into the executive director position one week before the September 11 attacks, the ACLU has become increasingly partisan, personalized and focused on fund-raising at the expense of its core beliefs. Kaminer describes herself as a “dissident member” of the board, and revisits her many battles with Romero and his supporters as she fought their refusal to challenge the government’s terrorist watch lists or aid Guantánamo Bay detainees—as less financially stable groups spearheaded the cause. Kaminer admits that she “can’t claim objectivity,” and she is least effective when she allows herself too much leeway on this point, for example, psychoanalyzing those she disagrees with or peppering her writing with references to Branch Davidians and “the Kool-Aid.” However, her depiction of how group members not only follow the herd but also ostracize the “troublemaker” is compelling, and her book is brave and informative.