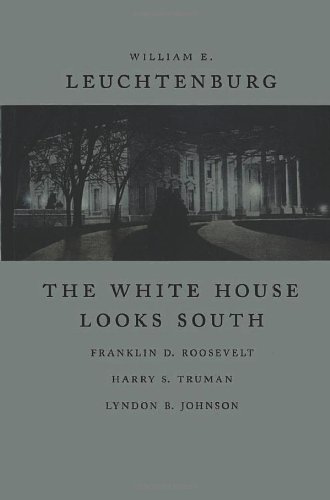 The fraught relationship between liberal Democrats and the South is the central dynamic of 20th-century American politics, and this engrossing study does it full justice. Bancroft and Francis Parkman Award–winning historian Leuchtenberg ( ) profiles three presidential pillars of the New Deal and Great Society. The Northern patrician Roosevelt's part-time residency in Warm Springs, Ga., endeared him to Southern voters and gave him a vantage point into Southern poverty that influenced his New Deal programs. Truman, though steeped in Missouri's cult of Confederate nostalgia, overcame personal prejudice to champion civil rights initiatives. And Johnson cannily deployed his Southernness to win passage of the landmark Civil Rights Act. Their policies, he observes, carried through the modernization and economic development that brought the South to prosperity and national political prominence—and, ironically, inaugurated its epochal shift into the conservative Republican camp. Writing in a fluent, accessible style, Leuchtenberg draws on period sources to recreate the attitudes and political struggles of these presidencies. His is a judicious assessment of their achievements and failings, but also a tribute—with a dash of New Deal optimism—to the power of government action and political leadership to shape the nation's destiny.