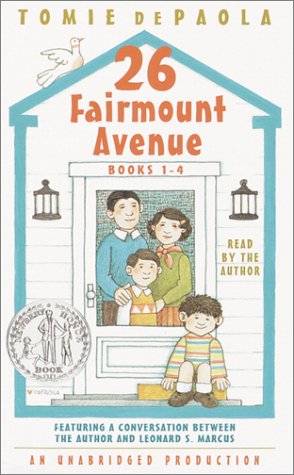 Nobody tells an anecdote better than the person who lived through it. This is one of the reasons that author-illustrator dePaola's picture-book autobiographies (; ) have been such a success. On this audio adaptation of those first three books, plus the just-released (Putnam, Mar.), dePaola, as narrator, lets his easygoing storytelling style and effervescent personality shine through. He recounts in vivid detail memories from his childhood in Connecticut, describing family members and major events in his life, including the hurricane of 1938, seeing Disney's for the first time, the birth of his baby sister and his first foray into trick-or-treating (as Snow White). Contemporary kids will be enthralled by these accounts of long-ago because they are told with such childlike charm; parents and grandparents will likely want to listen for nostalgia's sake. And everyone will be entertained, taking away a sense of what it was really like to be a kid in the late 1930s/early 1940s. Ages 7-up.