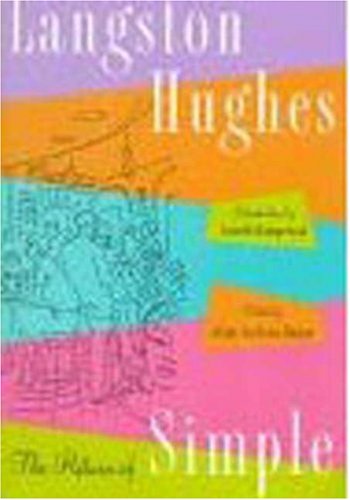 Hughes (1902-1967), whose work accelerated the recognition of African American literature, is remembered mostly for his poetry. But Hughes also touched the minds of millions through the brief narrations of the fictional Jesse B. Semple, or ``Simple,'' which first appeared in 1943 in his column in the Chicago Defender and, later, in the New York Post. Here, edited by a teacher at Spelman College, is an enlightening collection of these social commentaries. Half of the selections have never appeared in book form; the others are drawn from five previous Simple collections, all out of print. Harper groups her choices into four sections: ``Women in Simple's Life''; ``Race, Riots, Police, Prices, and Politics''; ``Africa and Black Pride''; and ``Parting Lines.'' Topics range from criticism of superficial beauty (``Wigs, Women and Falsies'') to animal rights (``Money and Mice'') and the equation of the word ``black'' with ``evil'' in American slang (``That Word Black''). Throughout, the persistence of some issues from the 1940s through the present is striking and infuriating. In ``Population Explosion,'' for example, written in 1965, Simple criticizes the racist underpinnings of birth-control and sterilization proposals, while in ``Liberals Need a Mascot,'' from 1949, he takes an insightful jab at the hypocritical politically correct. Also discussing Pan Africanism, children's rights, socioeconomic imbalances and African American animosity toward the police, Hughes, through the sometimes hyperbolic but always critical commentary of Jesse B. Semple, challenges the widespread notion of the unsophisticated ``common man.'' Welcome back, Simple. (July)
close
Details