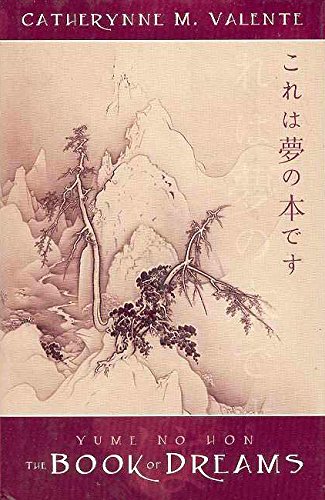 Yume No Hon: The Book of Dreams

Apparently set in medieval Japan, Valente's second novel, an allegorical fantasy whose dreamlike threads reach into Shinto and Western myth, mathematics and physics, is more accessible than her poetically surreal debut, (2004), which centered on the Greek myth of the Minotaur. Now an old woman, Ayako as a child escaped the destruction of her village and found solitary refuge on a nearby mountain. Her only contact with humanity comes, years later, when the village is reinhabited. Believing her to be a ghost, the villagers seek to appease her with annual offerings of rice and tea. The minimal story line follows Ayako as she slowly advances up five levels of a pagoda and discovers a book of dreams. Nothing is certain—Ayako may be a goddess or a dream or a leonine monster—but, by the end, much wisdom has been learned. Those who admire literary craft and rich language will most appreciate this sublime tale.