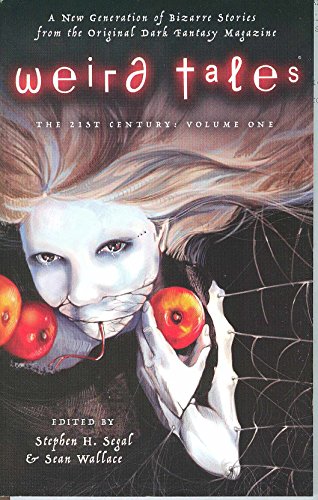 Given the middling quality of these 12 stories in this reprint anthology, it would be optimistic to suggest that the next Edgar Allan Poe will emerge from Wildside Press's revival and recent redesign of , whose original goal was finding Poe's successor. The volume as a whole is entertaining but unremarkable, lacking both clunkers and triumphs. The best of the lot is Paul E. Martens's hilarious “What Happened When Tammy Brookmeyer Sold Her House” (to a bear), which may strike some as a humorous take on T.E.D. Klein's “Petey.” Carrie Vaughn also manages a few new wrinkles on an old theme in “For Fear of Dragons.” Too many of the rest, like Bob Bodey's “Body Parts,” are cliché-laden splatterfests. If this is the cream of the crop, may need more than a makeover to reach new readers and keep current ones happy.