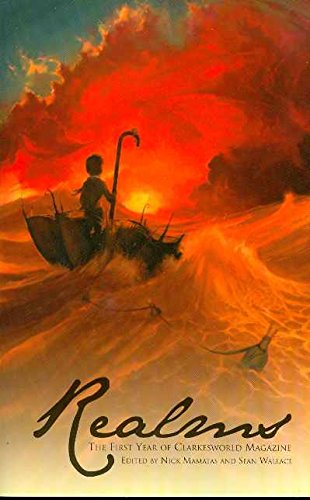 With this compilation of the 24 stories appearing in the first 12 issues of online magazine , Mamatas hits at least two of his three targets: brevity and popular appeal abound, while weirdness is less certain. Several stories equate â€œweirdâ€ with sexual deviance, while others mine folklore and fairy tales. Jeff VanderMeer's â€œThe Third Bearâ€ neatly balances avant-garde angst and Russian myth, while Elizabeth Bear's â€œOrm the Beautifulâ€ is passionate and compelling, but not strange. The cleverest and most mild-mannered tale is Jenny Davidson's â€œThe Other Amazon,â€ while the most emotionally gripping may be Caitlin R. Kiernan's nimble King Kong homage, â€œThe Ape's Wife.â€ These last four are the collection's standout entries, but only Kiernan fully embraces both the esoteric and the broadly compelling. On balance, the anthology tilts slightly more toward accessibility than to the truly bizarre.