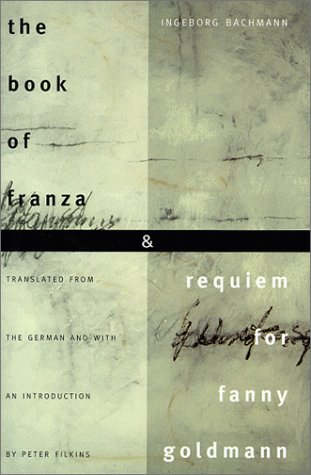 The Book of Franza and Requiem for Fanny Goldmann

When Austrian-born Bachmann died in 1973 after a fire destroyed her Rome apartment, Germanic literature lost an important female literary voice at the height of its powers. Her predecessors were Robert Musil and Elias Canetti, but she infused their melancholy and Viennese-centered cultural criticism with a proto-feminist slant. She is known in the U.S. mainly for her novel, Malina, which was part of a projected series, Ways of Dying. This volume presents the fragments of two other novels in that series. ""Book of Franza,"" the more substantial fragment, traces the complex relationship between Martin Ranner and his sister, whom he dubbed Franza in childhood. Orphaned in WWII, they grow up in the countryside in Galicia. Then Franza goes to Vienna, becomes a model and falls into the clutches of a sadistic psychoanalyst, Leo Jordan, whom she marries. Martin is planning on a trip to Egypt when his sister suddenly appears, having escaped from Jordan's ""treatment,"" and pleads to join him. Franza's illness worsens on the trip, as though the mental and emotional abuse she suffered is literally killing her. Her travels through Egypt confirm, for her, the vast history of the suppression of women. In the second, sketchy tale, the famous specter of Malina returns, and there are hints that Martin Ranner is a creation of Malina's imagination. Fanny Goldmann, n e Wishnewski, is a Viennese actress and the leading beauty for a season. Her great rival is Malina's sister, Maria Malina. Bachmann tackles themes of ambition, female rivalry and women's social and financial dependence on men, sketching in bold strokes and raw prose. This translation, augmented by supplementary notes and a chronology, will make available to English readers texts reaffirming Bachmann's place as a fiercely clairvoyant writer. (Oct.)
close
Details