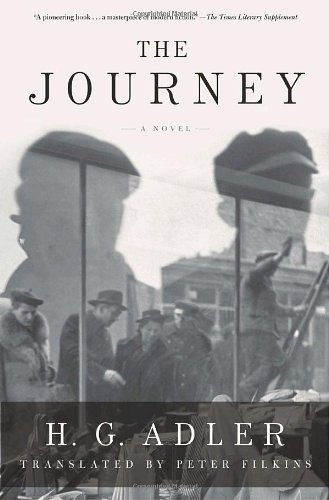 In this ambitious and challenging rediscovery, originally published in 1962, Adler (1910–1988) relates the tragic tale of the Lustig family—doctor Leopold; his wife, Caroline; their children, Zerlina and Paul; and Caroline’s sister, Ida—who are sent to the walled city of Ruhenthal after authorities label them “forbidden.” Taking place during an unspecified period of war and genocide, the story is based on Adler’s experiences at Theresienstadt, a labor camp where he was imprisoned for two and a half years during WWII. An unidentified narrator reports the Lustigs’ struggles in a stream-of-consciousness style, diverging frequently into the lives of others, among them Johann, a street sweeper, and Balthazar, a reporter. Attempting to reproduce authentically the characters’ nightmarish disorientation, Adler’s narrative style is aggressively abstract—constantly shifting subjects and setting in a convoluted sense of time and sequence. It’s a difficult, admirable undertaking, for fans of experimental fiction, but many readers will find its structure frustrating and inaccessible.