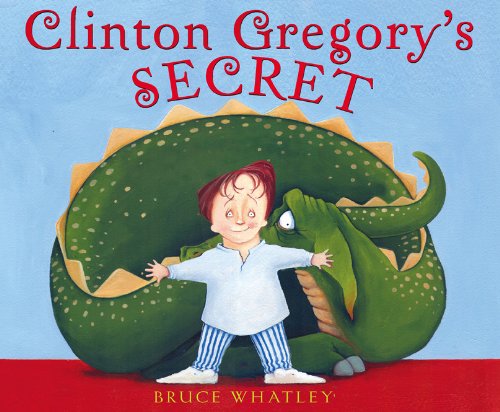 A junior Walter Mitty actually looks forward to bedtime, when he embarks on fanciful adventures that only he is privy to. “On Monday night, when everyone else was asleep,” writes Whatley (illustrator of ) as his hero smiles slyly at the reader, “Clinton... on his own... all by himself... wrestled a dragon named Gordon!” On six subsequent nights, the puppylike Gordon is joined by an ever-growing cast of fantastic archetypes and creatures (a pair of giants, a tutu-wearing triceratops), nearly all of them corresponding to toys, books or objects seen in an early view of Clinton's room. Each night, too, the escapades grow in improbability (Sunday's fun culminates in everyone flying around the world on plates of spaghetti). While this concept has been seen before, Whatley executes it well. An intriguing illustrator who combines considerable painterly talents with a flair for goofy comedy, he is an ace at character studies: the giants have huge rubbery faces, while Clinton has a impish, slightly neurotic mug worthy of Nathan Lane. The action is contained by prosceniumlike staging and a white backdrop, so it never devolves into a frenetic free-for-all. Theatrical in the classic sense of the word, this book salutes the power of imagination and the pleasures of the very private joke. Ages 3-7.